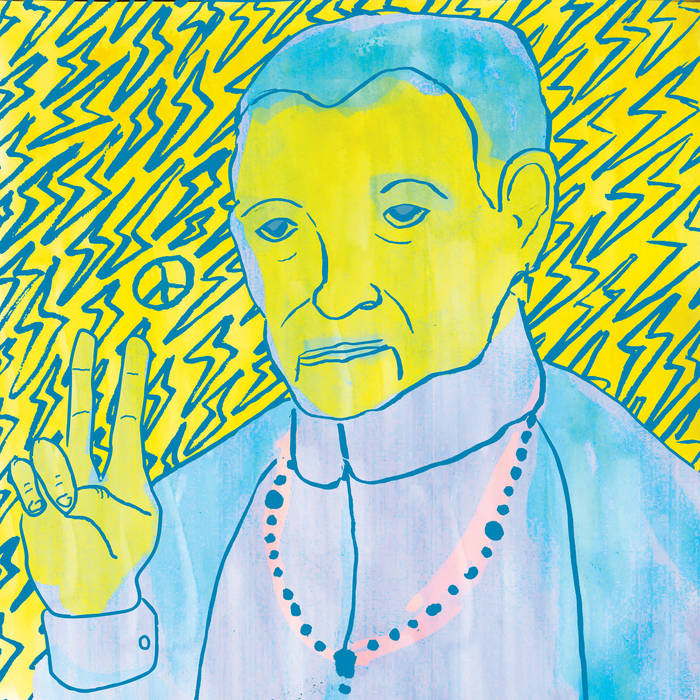 Gyruss Out of the blue...random band... thank you 4ZZZ Favorite track: Is Frances Faye God?.

Peter H This is awesome. WTG even Travis Underdog had a part in it I hear ) Favorite track: Nathan J. Roche.

On Lightning Ears, Wireheads return to the corn syrup glazed heartland of the United States of America with Big Issues producer and indie enfant terrible Calvin Johnson (Beat Happening. Yeah, that’s right). Lightning Ears was recorded on the Washington State island city of Anacortes by Nicholas “Lightning Ears” (get it) Wilbur at former church, now sonic laboratory, Unknown recording studio. Surrounded by Douglas-firs with the faint sound of the Microphones drifting through the leaves, Anacortes is the largest city on Fidalgo Island in the Pacific Northwest.

Lightning Ears is a love letter to an absurd world, whilst simultaneously trying to make sense of the directionless saturation of information that streams within it, with equal measures of awe and misanthropy. Family, friends, love, death, literature, religion, philosophy and non sequiturs are all pondered in the wave lengths of Trimboli’s familiar drawl, squeezing its way through the myriad of Wireheads’ musical influences. The collective musical histories of Wireheads forms a strange lattice on Lightning Ears, forever sprinkling a little spice from all corners of the cupboard in an effort to find that perfect seasoning, the pièces de résistance. The artistry of Wireheads is their understanding that the only way to move forward is to reach for the unattainable with the mind to seize it, recognising the contradiction, and accepting that you never will. Like some kind of twisted Amor Fati.

Brimming with instant classics, Lightning Ears sees the Wireheads patented swagger rock of Technical Man and Beaches with Significant Features, feature alongside the obligatory earnest balladry of Super Bravo and Indian Pacific Express, the latter of which Trimboli describes as “the best song I have ever written”. Wonderful Wizard and Protein Dealer offer playful pop tunes disguised as the kind of fuzzy punk they teach at Rock n Roll High School. Space, a constant source of Wireheads contemplation, is the plot device used to drive Pluto Was a Planet and The Overview Effect, the former featuring children from an Anacortes primary school. The eccentric Nathan J. Roche is a tribute to Australian/Parisian author, musician and eccentric, Nathan J. Roche (you’re welcome). The palette widens on tracks Is Frances Faye God? and Poison Apples with driving piano chords and adventurous journeys through some velveted Armageddon-esque dreamscape. The album closes out with Love Machine, a thumping, repetitive, obnoxious, fuzzed out projection that Dom Trimboli describes as “sick”, whilst band mate Vic Conrad describes as “I would have paid money to leave that song off the album”.

Lighting Ears is the culmination of all the Wireheads records that preceded it. All the lessons have been learned, and all the tropes played out. This is Wireheads at their freest and most comfortable, confident to play around but mature enough to rein it in. Tell them St Francis of Assisi gave it his blessing.

Tenth Court is an independent record label from "Australia".

US orders fulfilled by The Business. (that means cheaper shipping!)

Bandcamp Daily  your guide to the world of Bandcamp

New sounds from Mavi, Ivy Sole & Moderator, plus AJ, the One joins the show, for her latest release